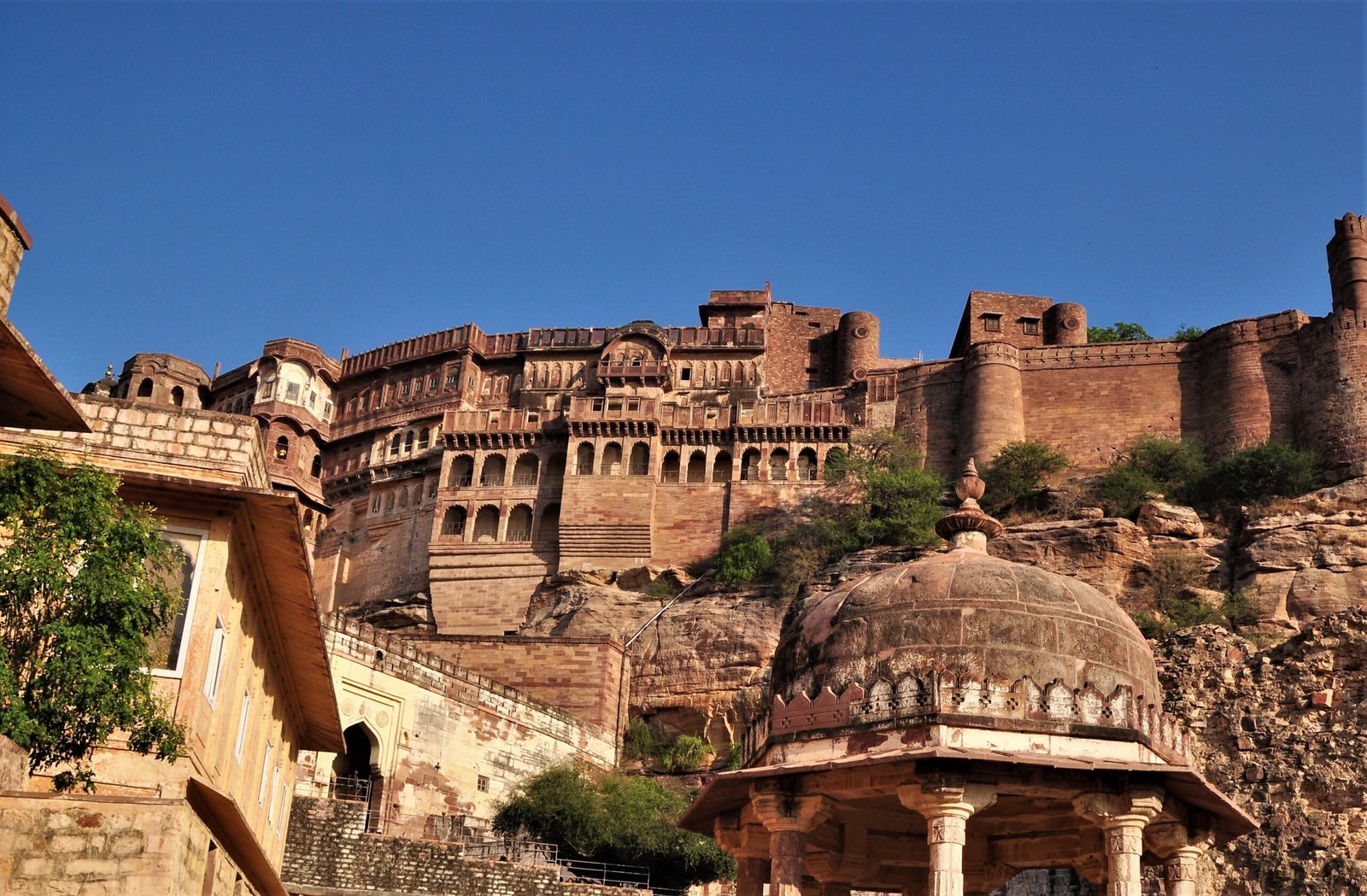 Rajasthan is also known as the Land of Kings this state is literally the life of India. The entire state is so huge that one will need days to explore the entire place. From deserts to holy lakes to the haunted forts of Rajasthan, this state has a lot to tell.

The mighty Thar Desert, the adventurous wild forests, camel safari and glimpse of tigers, shimmering jewels, traditional delicious cuisines, flamboyant art, and vibrant culture, famous colorful fairs, and festivals – You name it and Rajasthan has it!

The colorful and traditional state of India is rich in culture and history. The stories that you hear about this state and the folklores that the locals tell you about Rajasthan are simply unbelievable especially about the haunted forts of Rajasthan.

Rajasthan is full of history and heritage, abandoned forts and palaces that go back centuries, and a lot of haunted stories.

One of the most important places of Rajasthan is Bhangarh, which is located in the Alwar district. The Bhangarh fort is said to be the most haunted. It will frighten the hell out of you. The fort was built in the 7th century by Madhav Singh, the Bhangarh Fort has the main palace and a village with more than 9000 houses.

Outside the fort is a board by the Archaeological Survey of India warning people to not stay in the fort after dusk and even today Bhangarh fort is considered to be the most Haunted forts of Rajasthan.

Overlooking the city of Jaipur, Nahargarh fort stands at the edge of Aravalli hills and falls in the category of most haunted forts of Rajasthan. To keep or rather divide the royals from the common man, Sawai Raja Man Singh who built the fort ensured that its walls were sky-high.

The king was very protective about his queens for whom the fort was built and it is said that even after his death he haunts the fort. It is said that the king didnt allow anyone to damage the fort and every time any of the older buildings breaks or cracks it needs to be renovated.

The palace lies within the Chittorgarh Fort which is a masterpiece in architecture and history. The fort is very famous amongst tourists especially after the Bollywood movie Padmavat.

Legend has it that when Allaudin Khalji invaded the palace with an intention to own Rani Padmini who was the queen of the palace, the queen along with her army of 700 women committed self-immolation. And since then their spirits are said to be haunting the palace.

People believe this place to be one of the most haunted forts of Rajasthan as they have witnessed paranormal activities in the palace and have confessed to seeing a lady in a royal outfit with a burnt face, as well as hearing voices asking for help.

Located on the banks of the Chambal River, the 180-year-old palace in Kota was once upon a time the residence of the former Kota rulers. It was later transformed into the residence of Major Burton who was an employee of the British Residency.

It is said that during the revolt in 1857, the Indian Soldiers killed Major Burton along with his entire family. A lot of tourists have reported that they have felt uncomfortable inside the Bhavan which is now turned into a heritage hotel.

Apparently, a lot of people have also claimed to encounter the in-harmful Ghost of an old British gentleman and his son. Brij Raj Bhavan definitely qualifies to be one of the most haunted forts of Rajasthan.

Rajasthan is a land full of surprises. Apart from the heritage, culture, and the vast stretch of deserts you will be amazed at Chand Baori which is one of the oldest and largest step wells in the world with over 3500 steps and 13 stories, is known to be one of the most haunted forts of Rajasthan.

A visit to this land of mysteries should definitely be on everyone’s bucket list. A state full of colorful stories of the Royals, the kings, and queens, of princes and their kingdoms, and stories of the poor and the rich.
The state will definitely give anyone some of the richest experiences especially when you interact with the locals and ask them about the history. The tales that most of them narrate is going to be unbelievable, especially when they tell you about the stories behind the most haunted forts of Rajasthan.
The princely state of Rajasthan is definitely a must-visit for everyone at least once in a lifetime.